It Takes A Village, Being Organized will Help You Help Others

Lately I've been pushing myself to do more for my neighborhood and community. To stop thinking that someone else is going to step up to the plate and donate blood when there's a shortage. To stop thinking I don't have time to volunteer. To push myself to help get my client's unwanted belongings directly to those in need at no charge to my clients. I've always been a big believer in helping others. That part isn't new. As a little girl I wanted to be the peacekeeper at slumber parties to make sure anyone that was feeling unheard got their say, sometimes sitting with other little girls that were arguing to talk it out like a tiny therapist before I knew what a therapist was. As a teen I tried hard to do the right thing and, to my embarrassment at the time (for some reason getting public praise has always made me cringe...I'm working on it...I feel weird even typing this), once received a Heart of Gold award from my Varsity Cheerleading Coach who noticed that when we had little girls join us for a workshop and cheer beside us at a game I stayed behind with a little girl that was wheelchair bound to help her use the bathroom. We trailed far behind the rest of the girls out to the football field as I navigated the way from the high school to the track surrounding the field pushing this darling girl as fast as I could as she watched the rest of the kids (which included my two younger sisters) & cheerleaders run ahead. I honestly didn't know anyone noticed and didn't think anything of it at the time but apparently it caught my Coach's attention. As an adult I've tried to give a voice to those that don't have one or whose voice is being stomped out, often ending up finding that my voice wasn't heard but still not giving up. I believe it takes a village not just to raise a child, as the saying goes, but for all of us to feel a sense of belonging. I try to live that way even when I feel isolated or alone in the face of major challenges. I believe that we have to step forward instead of waiting for someone else to do so and in turn will feel good from doing so.

A phenomenon I learned about in Psych 101 in college called the Bystander Effect based on the Kitty Genovese Syndrome made me sit up straight and I never forgot it. It's the horrific story of a young woman in NYC that was murdered in 1964 under a streetlight in front of hundreds of people in surrounding apartment buildings. Originally, it was believed that no one called the police. It has since surfaced that the police were likely called but didn't attend to the crime. Regardless, no one went out to Kitty as it was happening. No one went out to Kitty after the murderer left her there for half an hour and then came back to finish the job. No one helped her. Psychology Today describes this phenomenon as something that "occurs when the presence of others discourages an individual from intervening in an emergency situation." Since that Psych 101 class a lot of things have happened throughout my life both in my experiences but also in stories I have heard that proves that the Bystander Effect is real. As a result, I think of Kitty and the Bystander Effect often. At times I have thought of what I would say to the man that was stabbing her to get him to stop. I think of how I would handle it if the police never showed up after I called or it took them a long time to get there. I remind myself that if I am ever in that situation I would have to help. Why? Because the Bystander Effect exists. It is real. Everyone thinks someone else is going to do something, say something, help the person. But what happens when hundreds or thousands of people expect that someone else is going to be the person to step forward? No one takes action. I believe that we have to educate one another on this phenomenon, even at a young age, so that people understand it and don't remain silent or action-less when someone needs help. One of the ways I've been breaking the Bystander Effect and in turn have created a sense of belonging for myself is by stepping forward in ways that I can by organizing my time and my efforts. I may not be rescuing Kitty Genovese from under a streetlight but I am trying my best to do good where I can when I see a need without being asked directly. I grieve for Kitty's loss and in turn have found joy in helping others.

For example, on Monday (my day off as I do a Sunday/Monday weekend) I sat at Michigan Blood and donated a full batch of platelets and plasma for the 1st time. I've donated whole blood before and attempted to donate platelets and plasma twice before but this was my 1st successful full batch given. Third time is the charm. Earlier this year I learned that there is a shortage of whole blood and platelets. I already knew that my blood type, O Negative, is ideal for donating as it can be given to anyone however O Neg people can only receive O Neg which means we really need to donate in case one of us needs blood at the ER, for example. I'm also an ideal candidate for giving as I've never been pregnant and am not on any medications so it's easy for Michigan Blood to give my blood to NICU babies, for example. My platelets from Monday went to a patient fighting cancer and will help support them through chemo and my plasma went to burn victims, if all went as planned. If just 1% more of the population were to donate we'd end the shortage. But if everyone expects that someone else will make sure there's ample blood, platelets and plasma available when they need it then we'll never end that shortage and little girls with O Negative blood type fighting cancer will continue to have to wait for platelets to get shipped in which is one true story I heard on Monday. I could've been giving for years and I wasn't. There's no guarantee my platelets would go straight to her but they could've. What had I been waiting for? How many other donors like me are out there that aren't giving just like I wasn't for years? After I gave platelets and plasma I delivered my 1st huge batch of beautiful clothing, purses & shoes (9 garbage bags and a box) that one of my clients had purged from her walk-in closet to the Cathedral of Saint Andrew to help supply their Clothing Center which hands out clothing to those living in poverty for free. I drove the clothing across the state closing the gap for my client to help those in need directly, saving her time and money and filling my heart as well as hers. I know my neighborhood needs the help and the Cathedral directly serves my neighborhood. After I got done dropping off her donation I felt incredibly happy with how I had spent my morning. Instead of waiting to have enough time to help, instead of waiting until I have answers to my own problems, instead of assuming everything else will roll along without me taking action I was organizing my time and my mind to give even more. To be part of the village in the way that I can.

Throughout the week as I organized with my clients I've collected more clothing for the Cathedral. I also collected books from my clients that they were purging to give to a friend that will ship them to the U.S Virgin Islands to help Saint Thomas fill their empty library and school bookshelves. This came about through serendipity at a random run-in with friends at a local restaurant. They vacation on the islands and they told me that the hurricanes that hit the islands last year destroyed their books among many other things and that it's still very devastated down there. Helping the islanders achieve a sense of normalcy again through the escape of a good book is really rewarding. I couldn't do that without my client's willingness to give or my contact that's covering the shipping to get the books there. It takes a village. During the same unplanned brunch I told my friends about an upcoming Toy Exhibit at the Grand Rapids Public Museum. I volunteer on their Collections & Cocktails committee, have become a huge fan of their very organized Archives and have been scoping out my client's donations and spreading the word for the Museum to watch for items on their wish list so these unwanted belongings can becomes artifacts there. I think of this preservation work as a karmic balance for all of the purging I coach people to do. Well, this friend that is shipping the books to Saint Thomas was also looking for a home for her Strawberry Shortcake collection from her childhood and guess what? It was on the Museum's wish list for their Toy Collection. It take a village.

So what does this have to do with organizing? A lot. I often see things through the lense of organizing, trying to find a systemic fix and figuring out how to play a positive part in the solution. Being organized is allowing me to make time for these things and to have the mental clarity to do so. What I hope you do is think about the situations you know of where someone needs help. Where you have information that would be to their benefit if you shared it. What action you can take to reach out and break the silence. Be the one that would save Kitty Genovese. Maybe you'll do that by getting in a chair to donate blood despite the fact that needles might make you squeamish. Perhaps it's swallowing that anxiety and tackling your walk-in closet, getting it organized so that you can change someone's life by giving them a new suit or pair of shoes from what you're purging. It could be carving out time to donate your services to an area non-profit. Whatever it is, be the one to step forward without being asked or pushed to do so. Organize your time so you can. Organize your mind so you will. Organize your home and help others with your donations. It takes a village and we have a lot of work that needs to be done.

How will you take action? 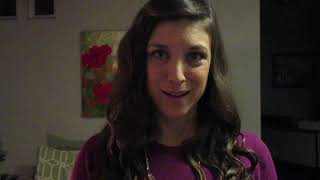 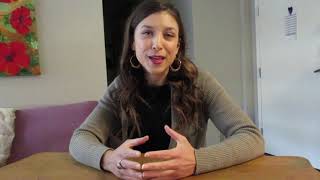